It’s impressive. Amazing. Extraordinary. Those words pop into mind whenever I recall my Batik Air experience. 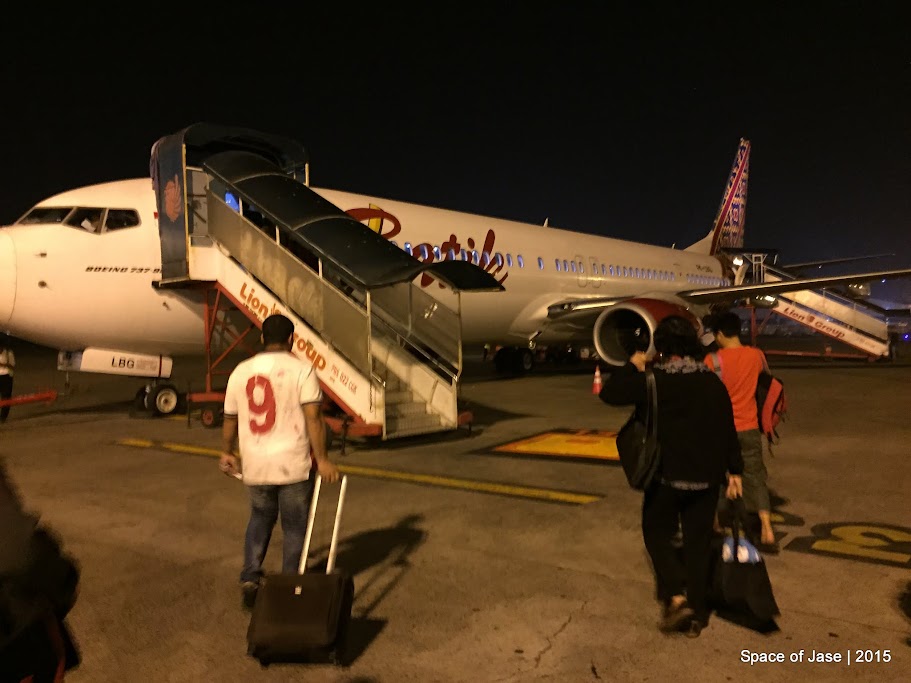 Before this flight, the only other non-flag carrier I’ve taken outside of the Philippines was Jeju Air. I didn’t expect much from Batik Air when I was booking my flights within Indonesia, I just booked the most affordable ones that fits my schedule. I really wanted to fly Garuda but because it was twice as expensive, I opted not to.

Batik Air, by the way, is a new airline whose parent company is Lion Air. It first flew in May 2013. It’s a full-service airline though currently it only flies within Indonesia.

I arrived in Jakarta at around Saturday midnight and my flight to Semarang was at 5:30 AM. Thank goodness that there’s wi-fi at Terminal 1C of Jakarta International Airport.

Checking in was easy. I just presented my e-ticket and they issued my boarding pass. Their staff at the check-in counters were extra nice. 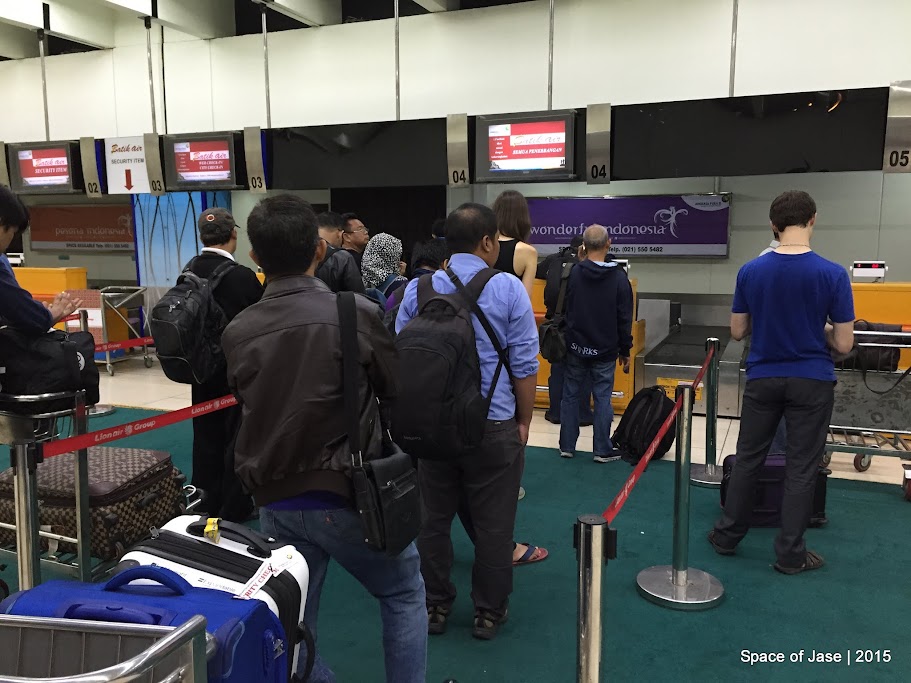 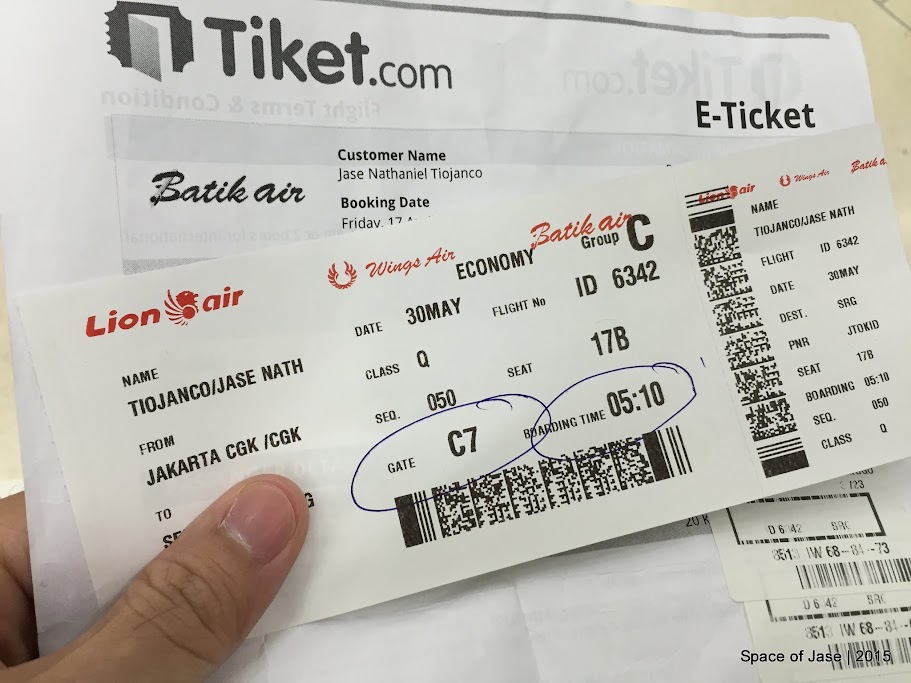 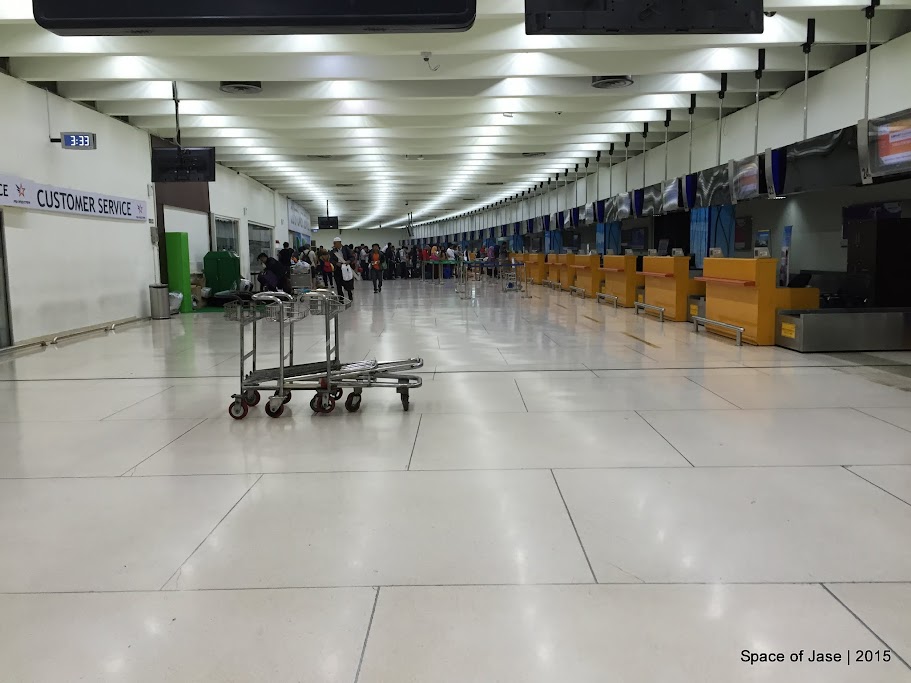 After going through security checks, you can wait at an open-air area leading to the gates. 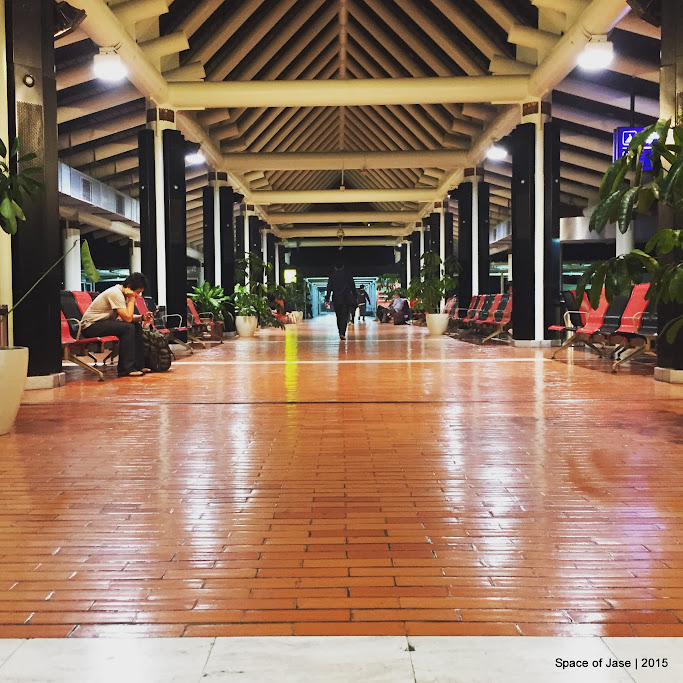 I actually liked this area. Again, wi-fi is available. I waited for a bit before heading to Batik Air’s gate. 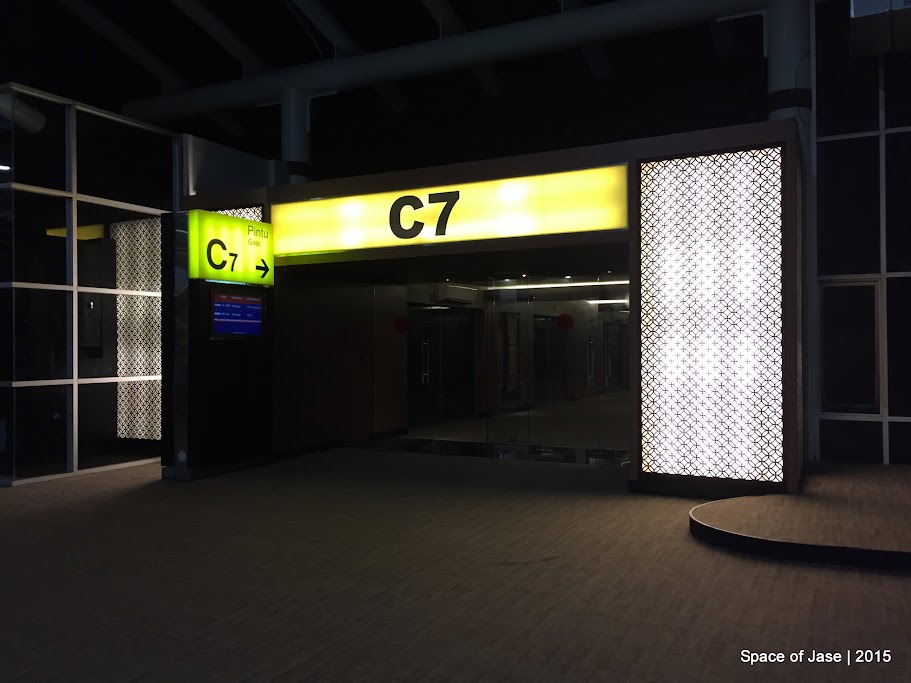 Yes, pintu. It means gate in Bahasa Indonesia while it’s door in Filipino.

Boarding involved riding a bus and being lead to where the airplane is parked. Our ride for that day was a new Boeing 737-800.

I boarded from the rear door of the plane and I was pleasantly surprised by how the plane is inside. 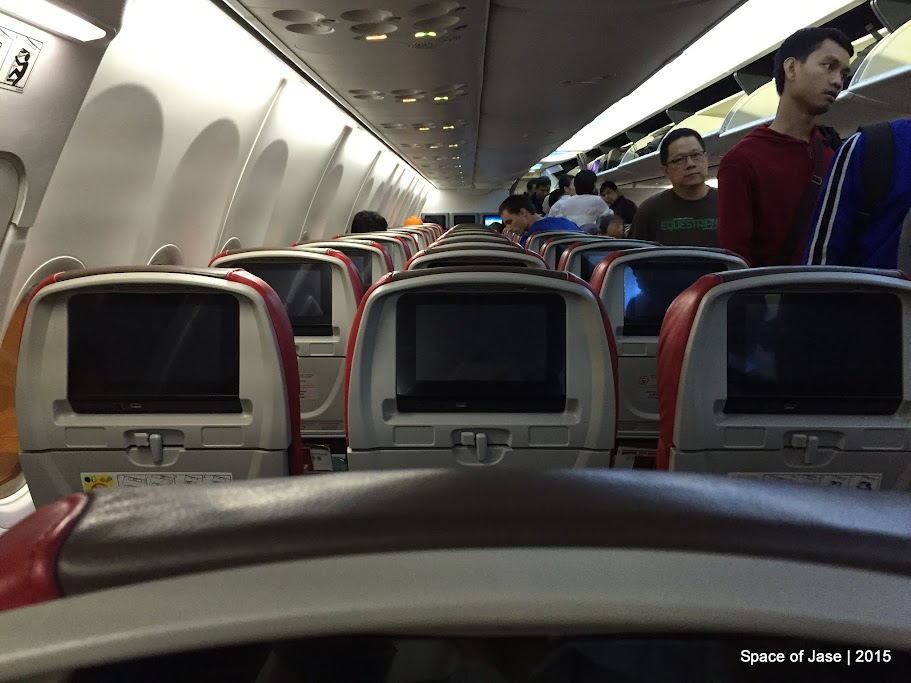 Look, screens! They had in-flight entertainment units in their 737s. Philippine Airlines planes that fly to Singapore don’t even have those. The interior was quite nice as well. Best thing about their plane? The leg room. 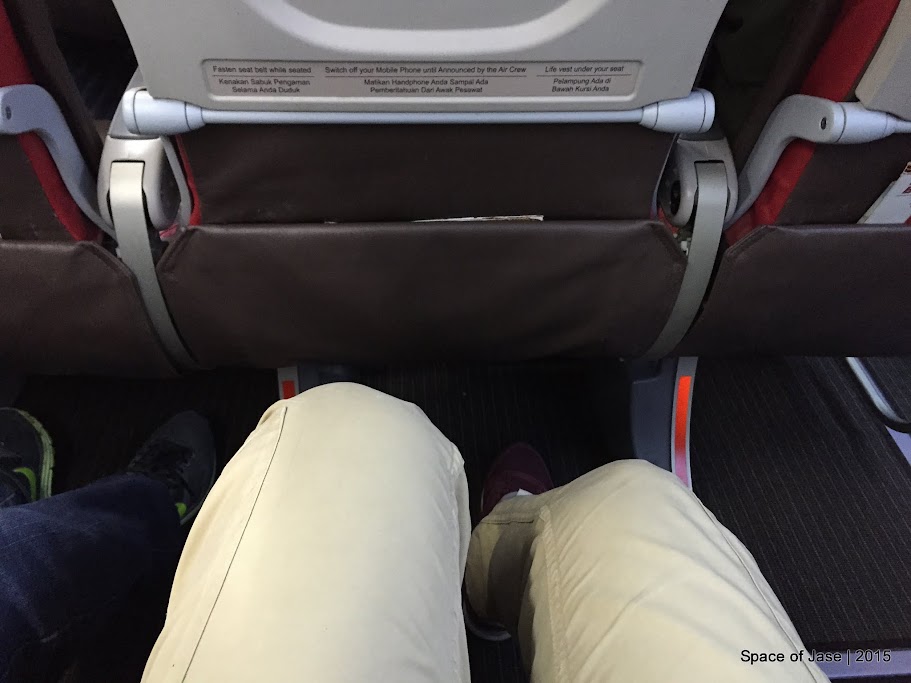 A bit unfair to compare with other airlines because I was lucky enough to get an exit row seat. I looked up their legroom online and it’s around 32″. Not bad.

Here’s what really surprised me – snacks! And they didn’t just serve peanuts like what Philippine Airlines does on domestic flights. Imagine how swift the crew was in being able to serve snacks on an hour-long flight. 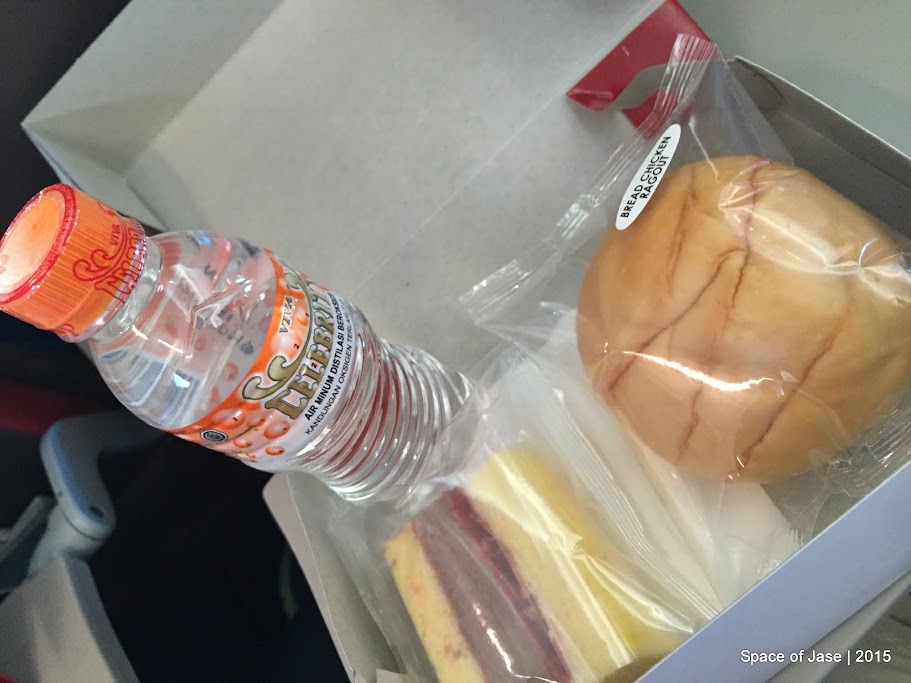 The snacks were pretty good. The bread with the chicken filling had a nice bite to it – soft and chewy. The cake was a bit sweet but it’s okay overall. Didn’t complain about not having juice.

Their in-flight entertainment had limited content but it’s better than nothing, right? 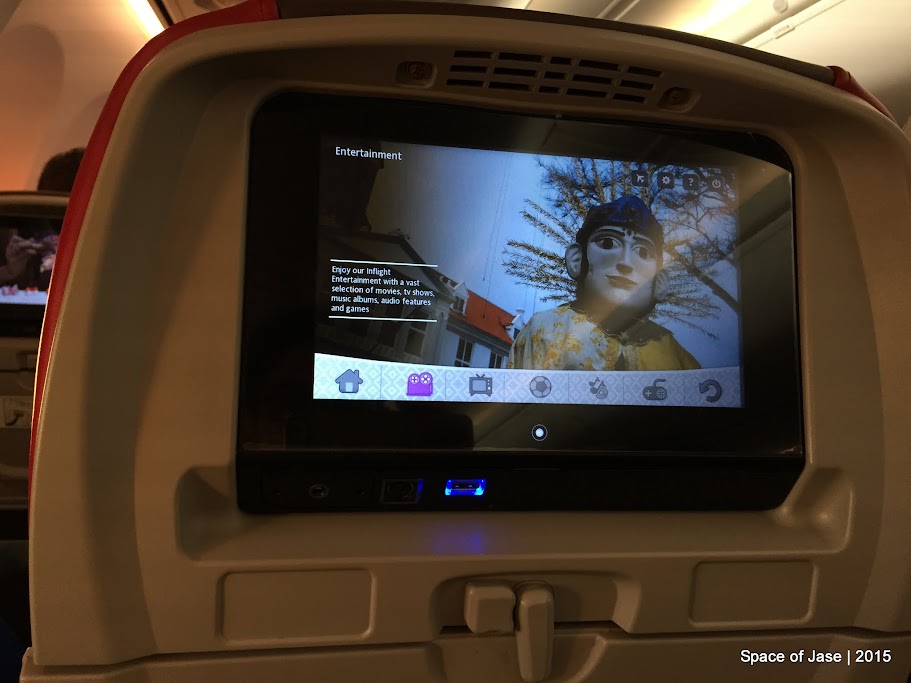 Of course, I should not fail to mention how fantastic their cabin crew is. They were always available to assist you with a smile. In the hour-long flight, I was asked twice if I wanted anything.

We arrived in Semarang at around 6:40 AM. It was a quick flight but it was very memorable. 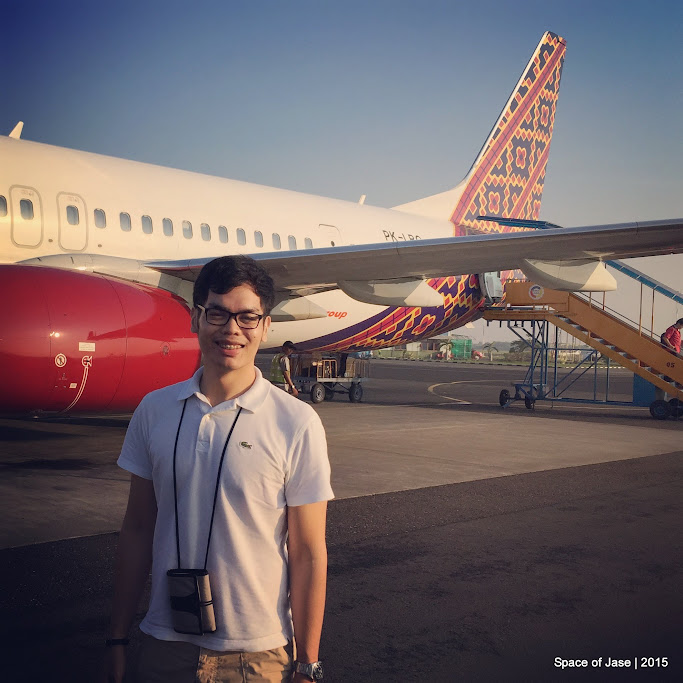 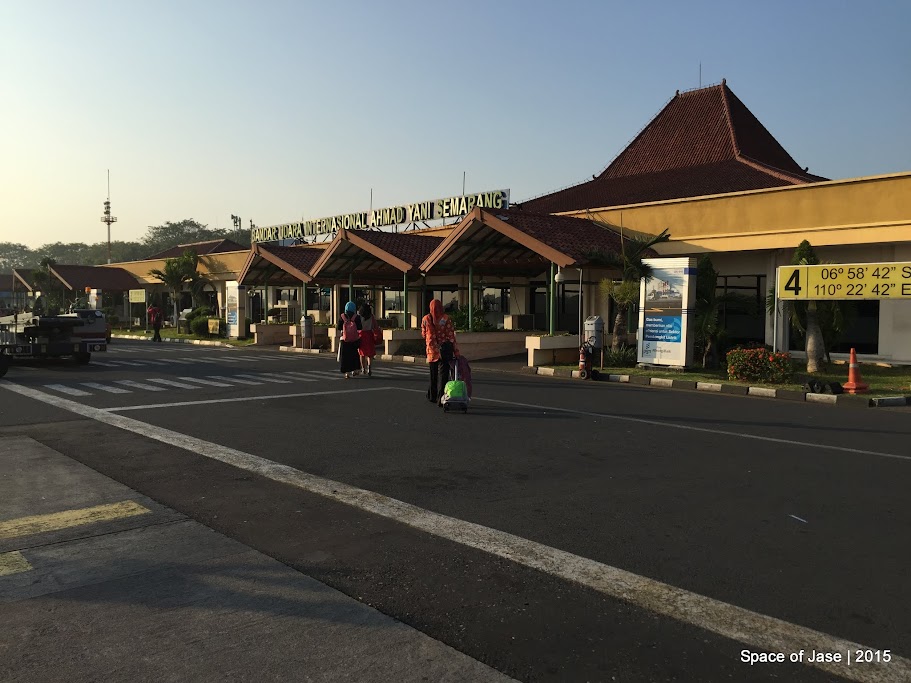 I do hope I’d be able to fly with Batik Air again. If ever I find myself in Indonesia, I’ll make sure that my flights within the country will be with Batik Air.

4 thoughts on “Trip Report: Batik Air from Jakarta to Semarang”