When I was in elementary (mid-90’s), our family often had dinner at Tom Sawyer’s in Greenhills. After picking us up in La Salle, my parents will bring us there. The restaurant was known for their juicy super-sized crispy fried chicken which they prepared only upon being ordered. 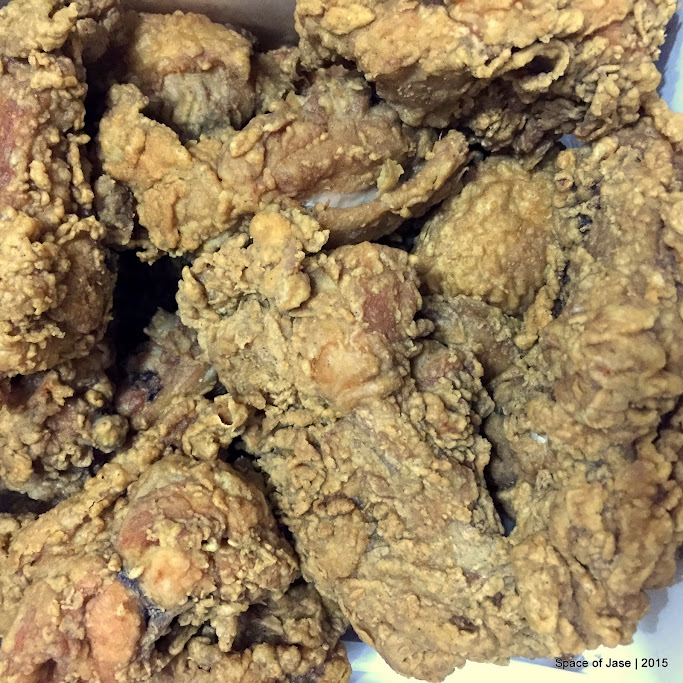 It was located along a strip of restaurants in the area where the Promenade was built on. I have many happy memories at Tom Sawyer’s and my love for fried chicken pretty much began there. The restaurant had a special place in my heart.

Sadly, probably due to the development plans for the Greenhills Shopping Center, Tom Sawyer’s had to close. I couldn’t remember which year the restaurant closed but it was probably before I began high school.

Years passed by and I still remember the delicious fried chicken of Tom Sawyer’s. The restaurant was always on the top of my “too bad it closed” list of restaurants.

Then one day on late November, while walking around Tiendesitas, I saw a familiar logo on a tarpaulin. Tom Sawyer’s. TOM SAWYER’S!!! I literally ran towards the restaurant like a crazy man.

Not the tarpaulin but that’s the logo of Tom Sawyer’s. Classic!

I immediately fell in line. There were many people dining inside the restaurant which was a good sign. While waiting for my turn, I wondered if their fried chicken still tasted the same. 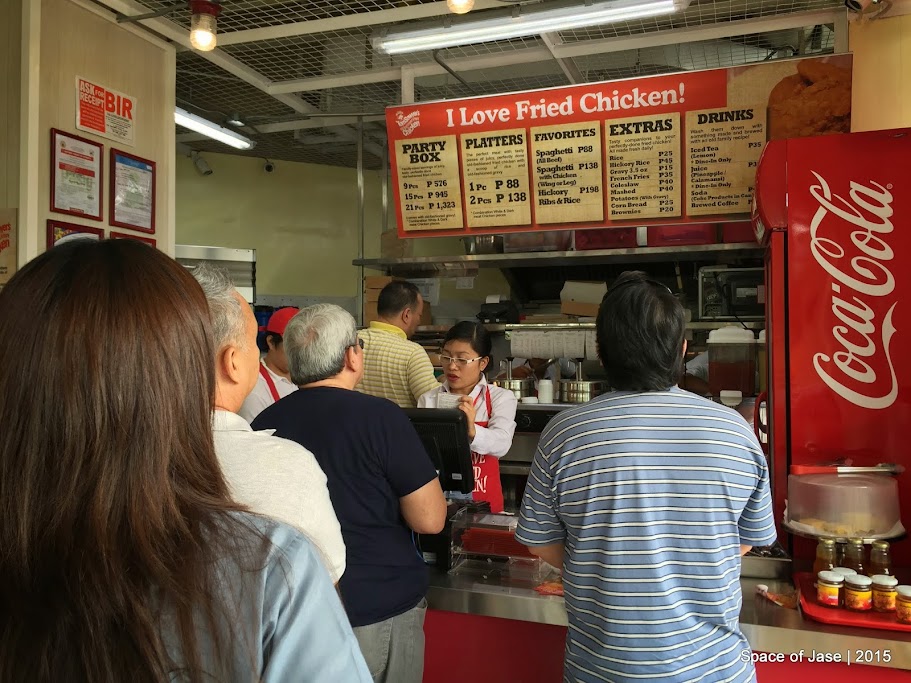 One glance at their menu and I already knew what I was going to order: 2 piece chicken platter (138 PHP).  I added an order of corn bread (25 PHP) as a side dish. A note on the chicken pieces: they should be a combination of red and white meat, big and small part. 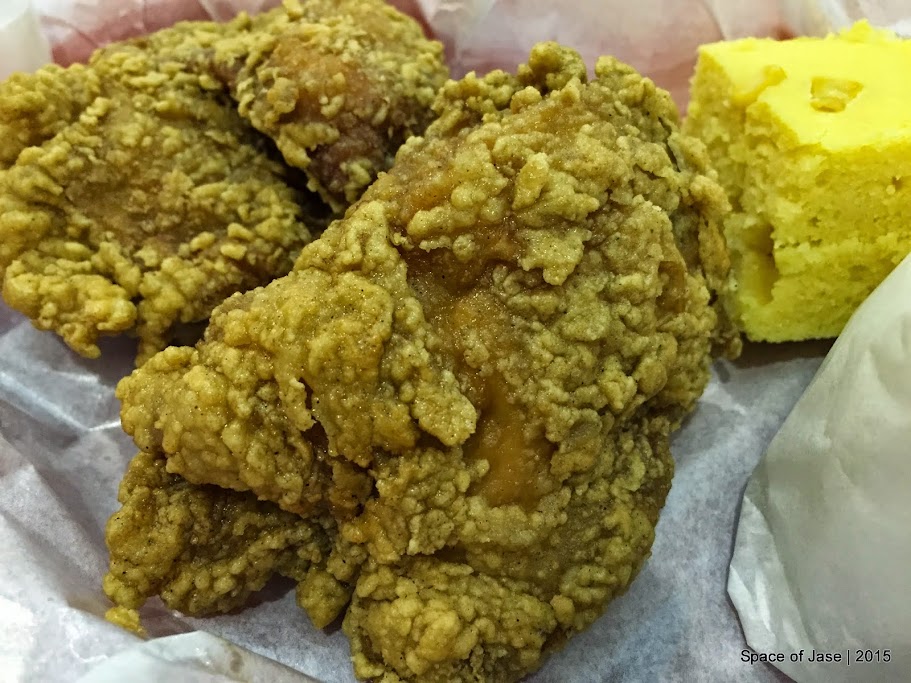 I was not able to sit inside the restaurant because it was packed. Thankfully, they set up tables and chairs outside.

So, how did it taste? Fantastic. It was delicious. It was like being thrown back to my elementary days. The skin was perfectly crisp — not too thick and it had a good crunch. The meat was juicy and flavorful. One thing I am not a fan of is their gravy. The topmost layer quickly ‘sets’.

When I posted a photo of my meal on Instagram, I knew my brothers would get excited. And excited they were. It was a week before my eldest brother came home from Yale and he was asking me to bring him there. 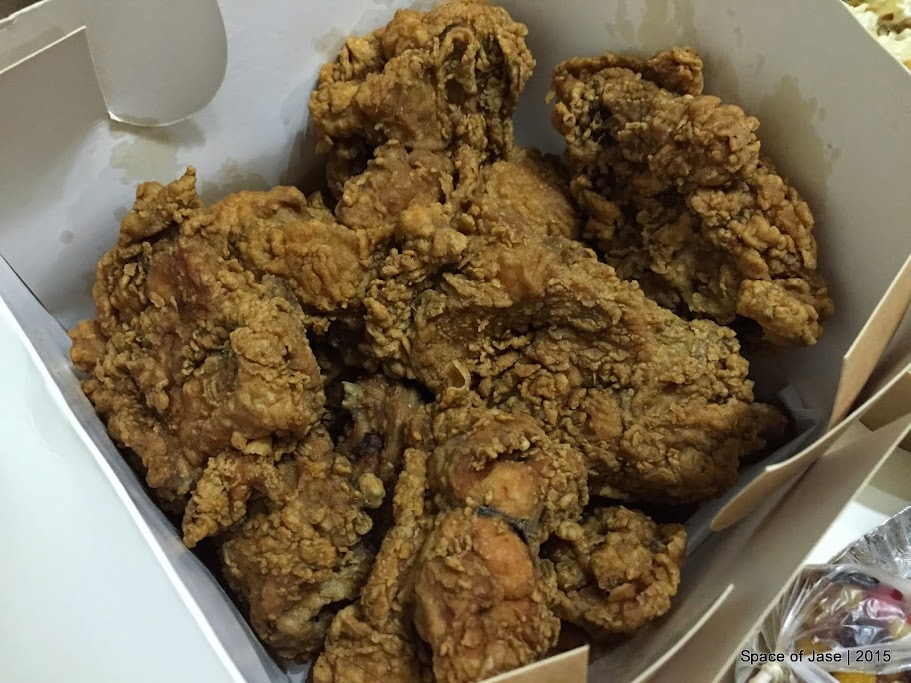 Tom Sawyer’s on Christmas Eve. Yes, we missed it that much.

With regards to the store’s ambiance, don’t expect too much. It’s a fast food joint. Their chairs aren’t exactly the most comfortable to sit on but again, fast food. I do remember that my childhood version of Tom Sawyer was cozier.

I guess I don’t need to state the obvious — I recommend Tom Sawyer’s! For one, it’s very affordable. For 138 PHP, you get two pieces of fried chicken. I know there are arguably better places for fried chicken (such as Kettle) but the prices can’t be compared. Another plus (at least for me) is that it’s in Tiendesitas. The area is practically my second home because I do most of my errands there. During the first week of operations, I ate in Tom Sawyer every other day. Haha!