I traveled to Kuala Lumpur quite frequently last year and did my best to avoid Malaysia Airlines. Why? Let’s just say I was scared. I often ended up flying with Cathay Pacific which necessitates a stop in Hong Kong. What were supposedly 3 hour 45 minute flights became tiring 9 hour journeys. 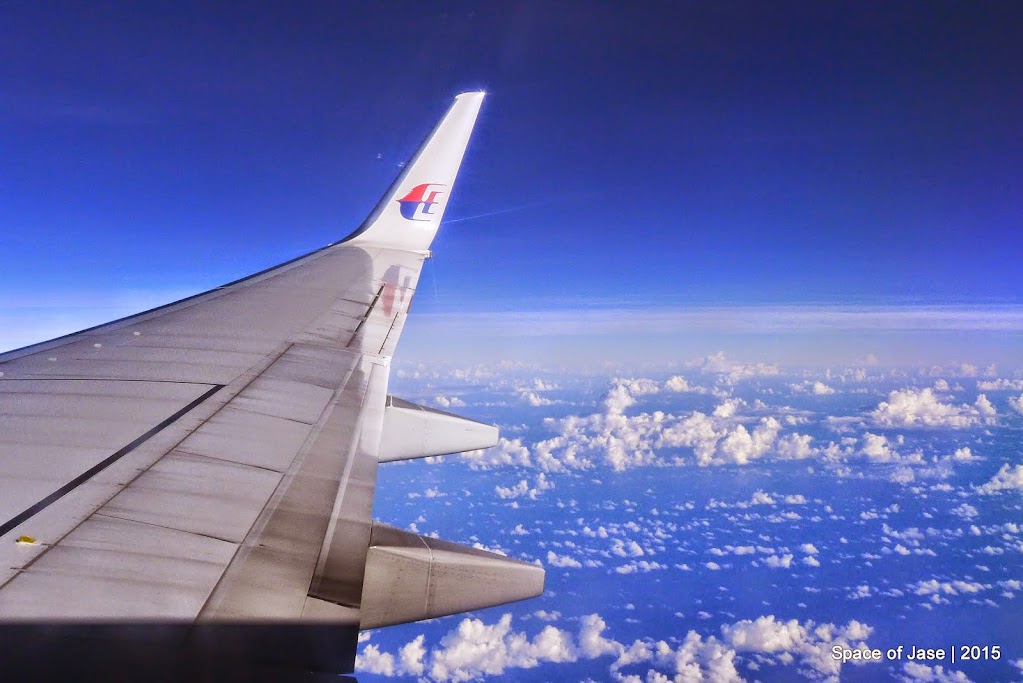 So on my last visit to the home of the Petronas Towers, I chose to fly with Malaysia Airlines. My mom and siblings asked me to cancel my trip when they found out I booked with the airline but I told them not to worry. I’ve read many unpleasant stories about Malaysia Airlines but I decided to give them a try anyway.

I was supposed to leave on the 9th but my trip was delayed by two days because of a client demo I had to finish on the 10th of November.

Malaysia Airlines is still housed in the often maligned Terminal 1 of the Manila International Airport. To be fair, the terminal has been getting some love from the government due to the upcoming APEC 2015 to be held here in the Philippines.

The check-in lobby’s ceiling has been refreshed and most areas of the terminal are busy with renovations.

They have replaced the carpeting in terminal 1. Nice choice, I must say.

Checking in was quick. Technically, I just dropped my bags since Malaysia Airlines has a web check-in facility. During my last trip, the check-in counters were yet to be renovated though I’ve read that some counters have been upgraded already. 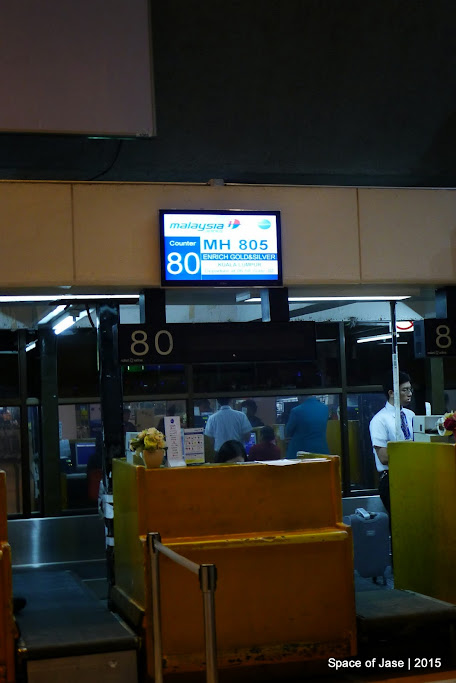 Thanks to Citibank Platinum Visa, I can stay at the MIASCOR lounge for free. My flight was at 6:50 in the morning but I was already in the airport at around 5:00 AM. I was able to have some canapes and coffee. Another good thing about the lounge is that they remind you when your flight is ready for boarding. At around 6:30, I walked to the gate.

Once on the plane, one of the first things I noticed was how tight the leg room was on the Malaysia Airlines 737-800. My knees were almost touching the back of the seat in front of me. I am 6 feet in height.

The overall feel of the plane’s interior was nice though. The aisle had a soft blue lighting which was relaxing. All seats are equipped with in-flight entertainment screens though the selection of movies was limited.

I was hoping for something special, or at least something better than the usual. When the flight attendant asked me whether I wanted nasi lemak or vegetable curry, I chose the former. Imagine my disappointment when I was given this…

Uhhh. The meal was served in a box, not on a tray. Score for presentation: zilch. Wonder where the ikan bilis and nuts were? 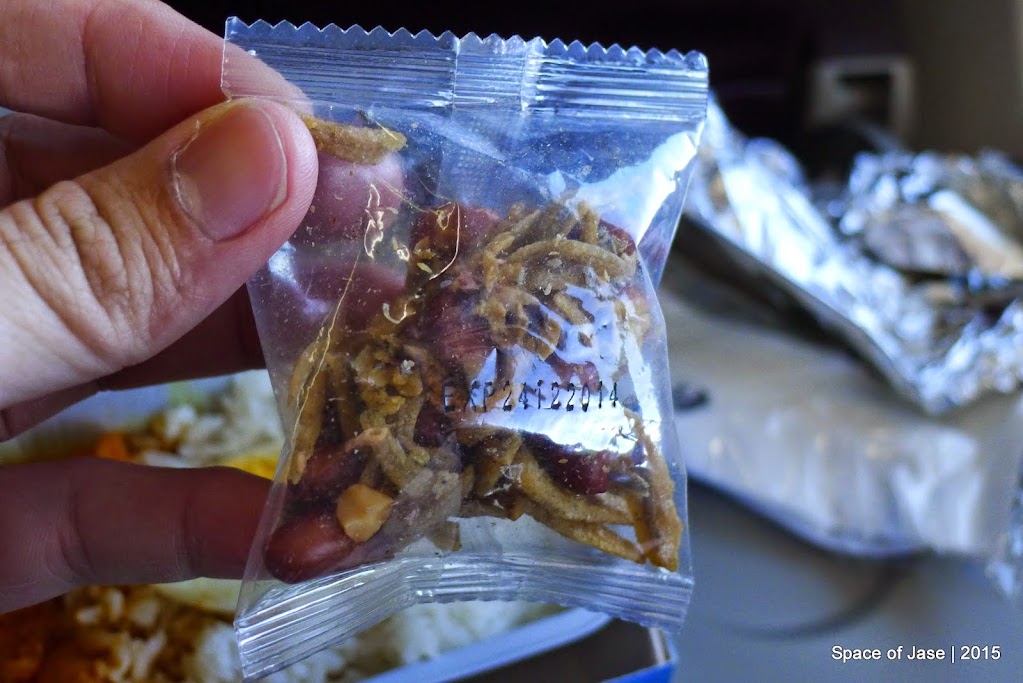 Tada! They were in this little packet. Looked sad. Thankfully, the nasi lemak had some juicy shrimps. The rice was a bit too dry though. 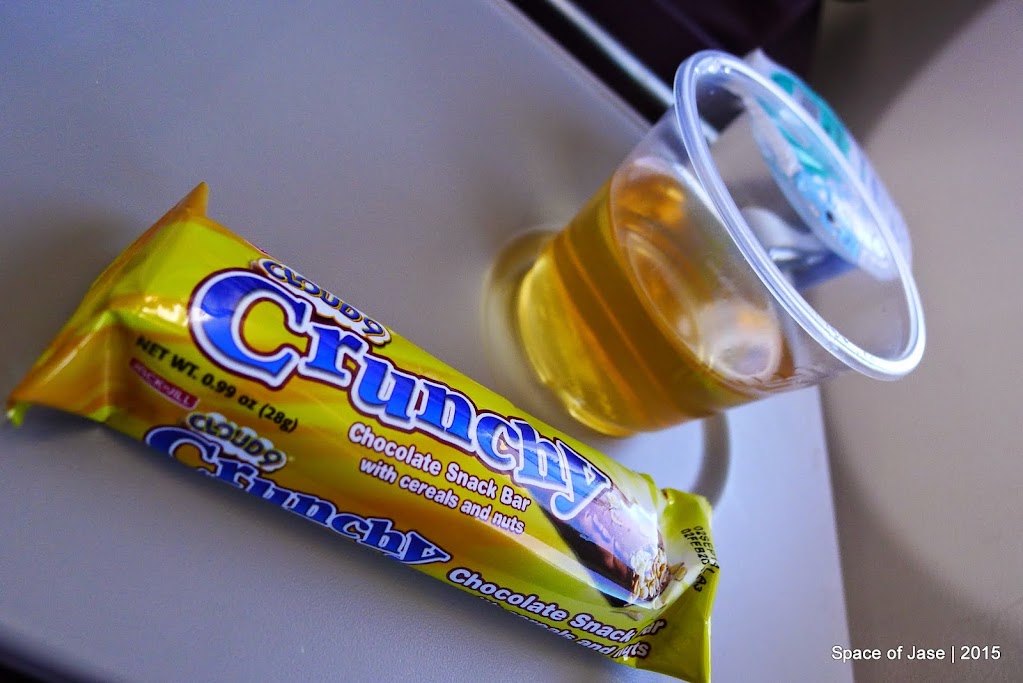 They chose to serve a bar of Cloud 9. Seriously, Malaysia Airlines?

I may be nitpicking too much but I expected more from a five-star airline. The flight attendants weren’t too pleasant either. The service felt forced and unnatural. The flight was pretty turbulent as well, which added to my fear of … you know.

I was very much relieved when we landed at Kuala Lumpur International Airport. I love KLIA, especially the express rail link that connects it to KL Sentral.

The trip back to Manila was uneventful. Given that my flight was scheduled to depart at 5:35 PM, I spent the whole morning roaming around Kuala Lumpur. I dropped by the Pavilion KL to have lunch and purchase refills for my Mont Blanc pens. 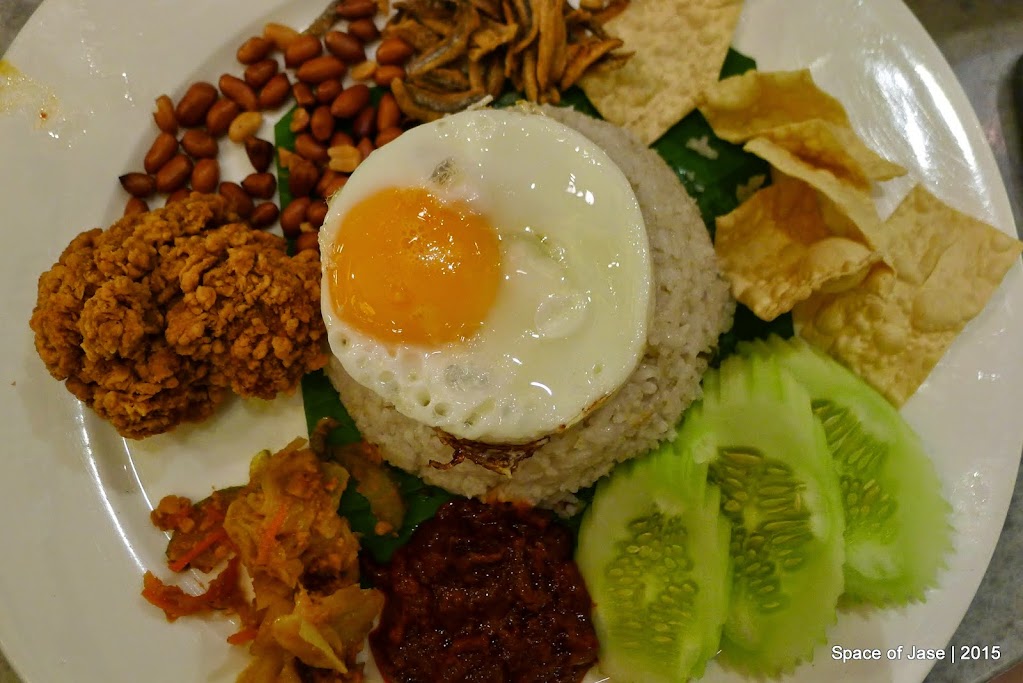 I checked out from the hotel (I stayed at Sheraton Imperial KL) at around 3 PM. I was allowed to check out late due to my SPG Platinum status. Thank goodness they reward loyalty!

I headed to KL Sentral and bought a KLIA Ekspres ticket for 35 MYR which is almost 500 PHP. The trip to the airport took less than an hour, including some unplanned technical stops caused by heavy rain.

Upon checking in, I was informed that my seat was moved. I was transferred to a better seat. After going through immigration, I bought some chocolates at the duty free shops. I took photos of our plane as well. 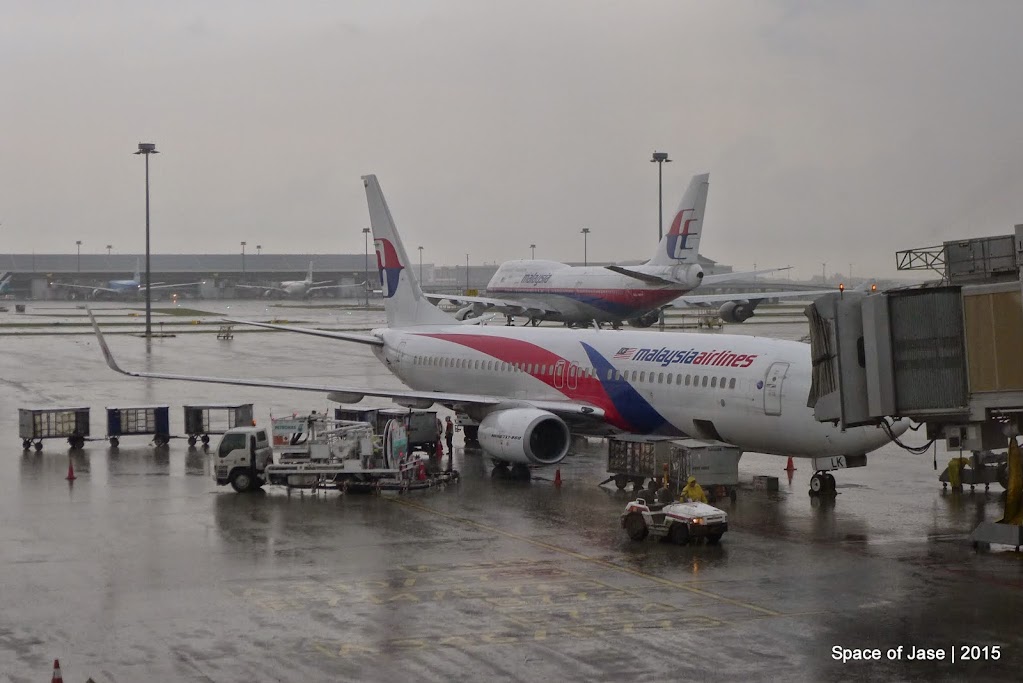 The plane was still a 737-800 though it seemed to be older than the one I rode going to Kuala Lumpur. The leg room was great because I was given a bulk head seat.

I can cross my legs. Yay!

Again, the in-flight meal was disappointing. I anticipated it already hence my heavy meal at Old Town Signature.

The chicken had a soggy texture and the rice tasted old. The Nips candy was okay simply because I love peanuts.

Again, the flight was turbulent. I was silently praying that we arrive safely in Manila. I tried to sleep after having my meal but I was too rattled by the turbulence.

We arrived at the Manila International Airport on time. Again, I noticed the new carpeting of the terminal which I find more tasteful than the carpeting it replaced.

So, will I fly with Malaysia Airlines again? Probably. It’s hard to judge an airline based on two flights. I initially disliked Cathay Pacific when I flew with them to Chennai but I loved them in subsequent flights.

Given the attractive offers of Malaysia Airlines, I’ll probably give them another shot in the future. I just wish that they scrap the boxed in-flight meals which look terrible.