Ever since late last year, I have been hearing and reading raves about a new Japanese restaurant in the Mega Atrium. 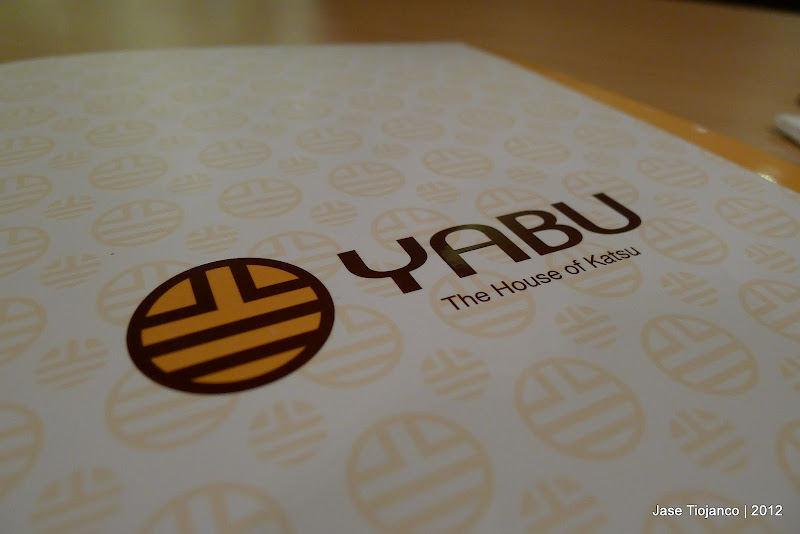 Yabu, the House of Katsu, is a restaurant whose specialties are the Japanese favorite Tonkatsu and the other variations of katsu or fried cutlets. The place has been getting many praises from bloggers and foodies and their reviews certainly made me want to try eating there.

I’ve been trying to eat there for a number of times already, but every time I go there, the place is packed with people. Finally, I had the chance to eat in Yabu for a late lunch. Hooray!

The first thing that I noticed upon entering Yabu is how good the ambiance was. Yabu had this contemporary, Japanese design with touches of manga at one side. The lighting set the restaurant’s mood nicely and I found it somewhat relaxing inside. 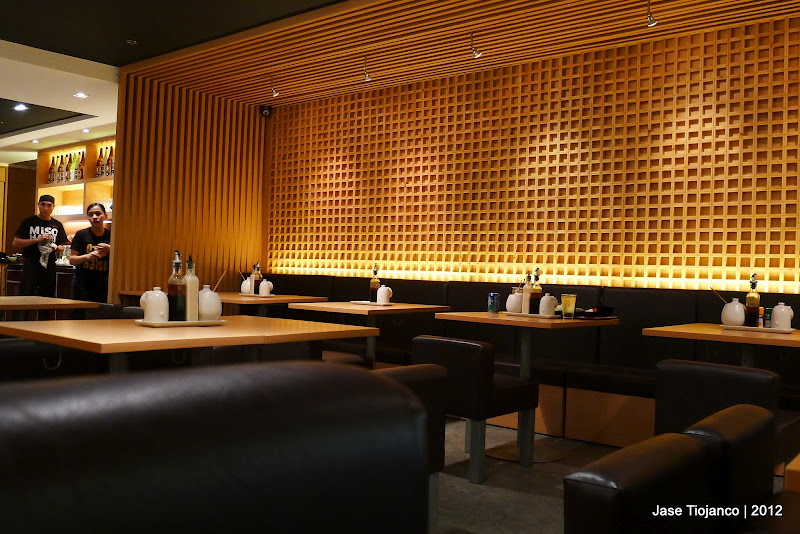 After going through their menu, I told one of their waiters that I’d have their 120g Rosu Katsu which costs 355 PhP. It’s already a meal consisting of the 120g, 3/4 inch thick pork loin, a bowl of Japanese rice, unlimited shredded cabbages, pickled vegetables, a bowl of miso soup, and a bowl of fruit.

While waiting for my order to be served, the waiter gave me a mortar with sesame seeds in it and a pestle. He instructed me to grind the sesame seeds then add their sauce to it which was in a jar along other condiments. Grinding the seeds was fun though it did get tiring. 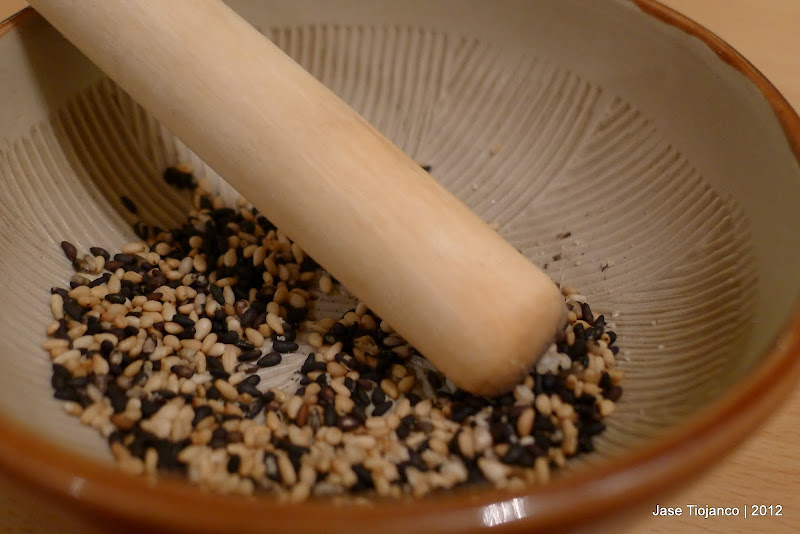 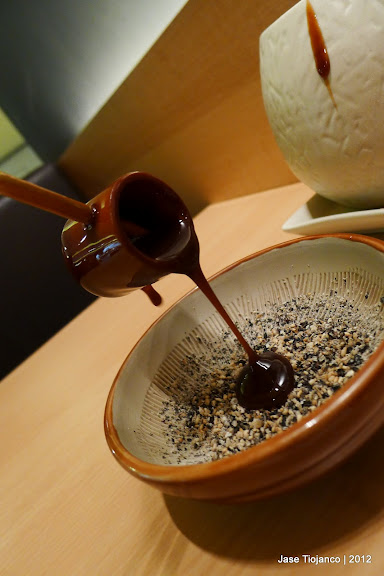 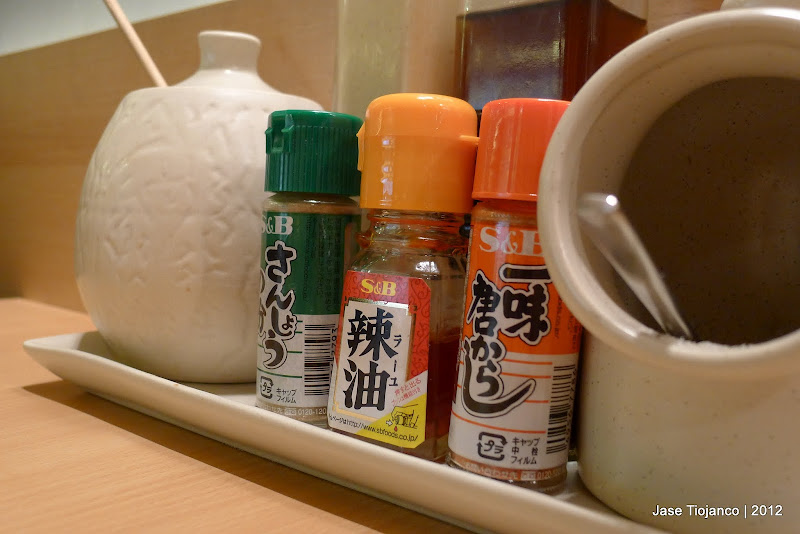 I was surprised, rather, shocked, when the Rosu Katsu that I ordered was served. The pork cutlet was big! As I have mentioned earlier, their food comes in sets so I had many bowls and plates on my table. I took photos first before digging in, as usual. 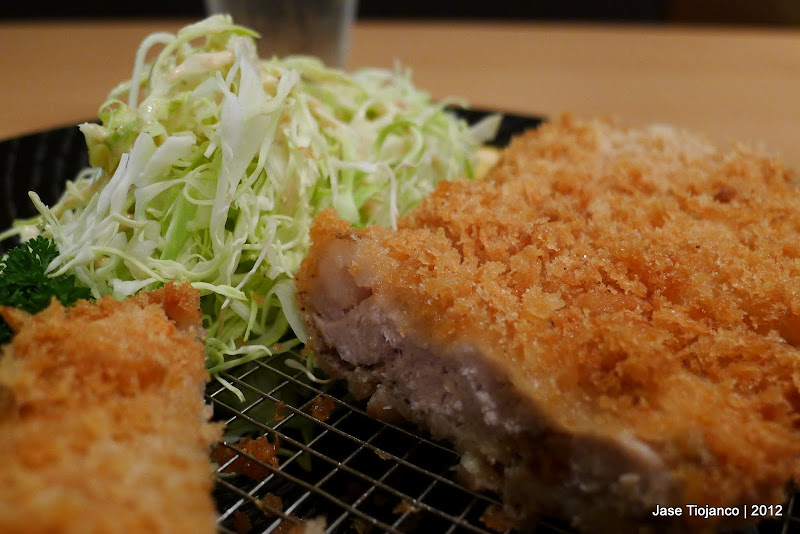 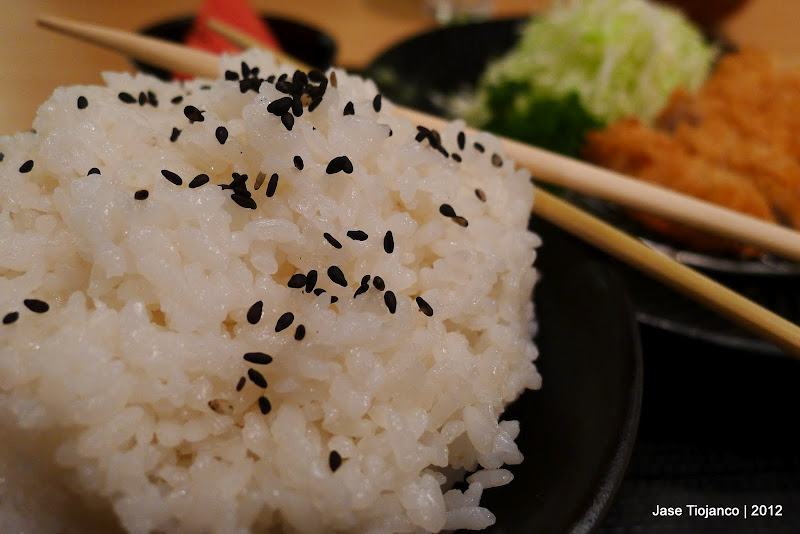 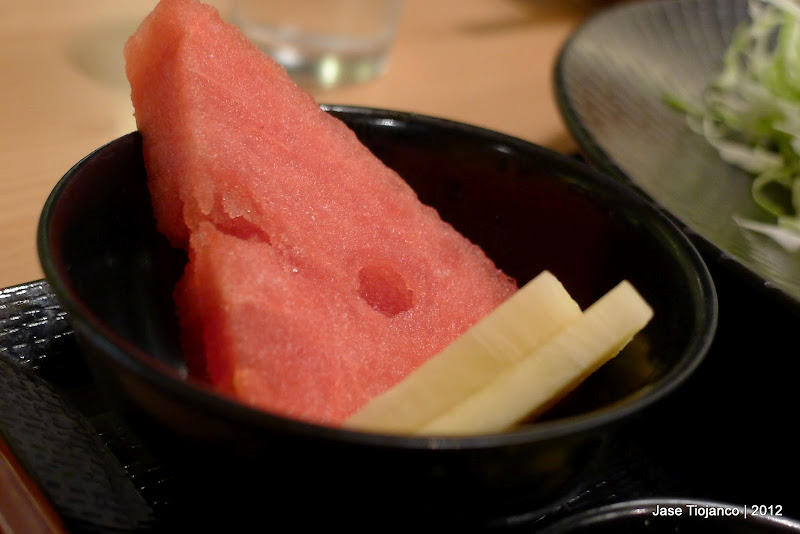 The first thing I tried among the deliciousness laid on my table was the shredded cabbage. I drizzled some sesame sauce on it and I started eating. The sauce was good, it had a subtle taste which I liked. Too bad I wasn’t able to ask for more cabbages. I then had my miso soup which was nice, hot, and flavorful. I loved that it had the right amount of tangy-ness to it.

Moving on to the main dish, the Rosu Katsu was absolutely delicious. If you’ve eaten Tonkatsu before, you’d immediately notice how fantastic Yabu’s take on it is. The breading was lightly crispy and it didn’t have that thick feeling when you bite on a piece of pork. If you have noticed, the usual Tonkatsu’s breading seems to be a thick layer separate from the pork. Not with Yabu’s, the breading and the pork is one cohesive piece of goodness. The pork itself was very, very juicy. I enjoyed every bite of it.

If I have to nitpick on one thing, it would have to be the sauce. The sauce was a bit strong for my taste but that’s just me looking for something to fault.

After I’ve eaten my last piece of pork, I ate the pickled vegetables then the fruits.

Now I know why Yabu’s very popular. I finished my meal with a satisfied tummy and a big smile on my face. I am definitely coming back for more katsu goodness. 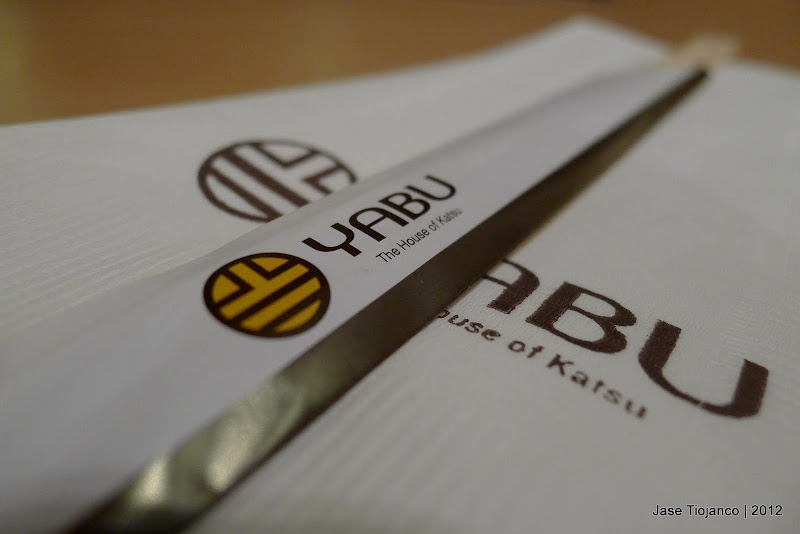