Yesterday, my office friends invited me to try out Cravings‘ Unlimited Coffee and Cakes promo in Eastwood Mall. For 150 PhP, you can stuff yourself silly with coffee and cake. Though I am currently on a diet, I gave it a go since we hardly see each other and it has been weeks since I last had cake. 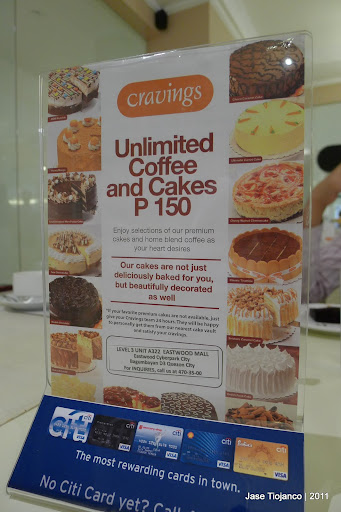 I had high expectations from the cakes of Cravings. On the way, I couldn’t help but feel excited because the last time I ate in Cravings, I was really satisfied with the quality of their food. I even got more excited when a flier of the promo (same as the photo above) was handed to us as we entered Eastwood Mall. The Snickers Caramel Cake sure looked delicious.

There were only a few people when we arrived in Cravings. Perfect, we will not have a hard time catching the attention of the waiters if ever we’d like another slice of cake. I saw the display case of the cakes and my mouth just watered. One of the waiters approached us and asked what we’d like to have. We told her that we’d be trying out their promo. 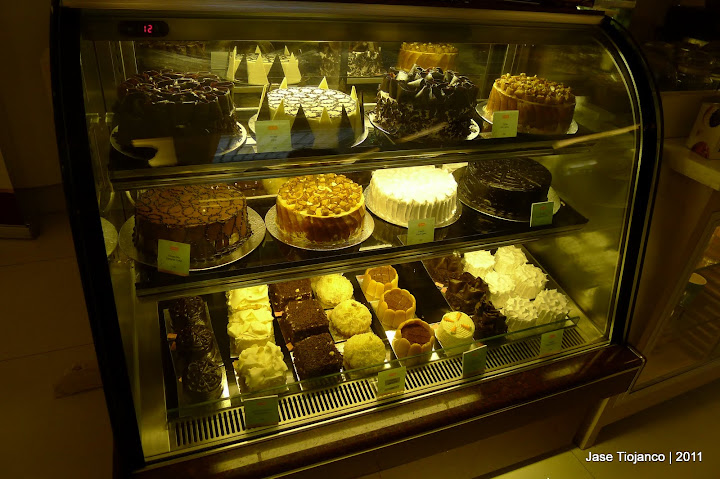 My excitement fizzled down when the waiter told us that only four cakes were available. I was puzzled since there were a lot of cakes on the display case. The flier did mention that if our desired cake was unavailable, we could request for it 24 hours prior to our visit. But the thing was, the cakes were there! The four available cakes were Chocolate Caramel Cake, Devil’s Food Cake, Dulce de Leche, and Swiss Alps. No Snickers Caramel Cake. Oh well, we were there already so we might as well enjoy what’s available. The waiter asked each of us what cake we’d like to try out first. I went for Dulce de Leche.

While waiting for our cakes, they started serving the coffee. They placed containers of white sugar, brown sugar, and creamer on our tables then brought cups of coffee to our table. 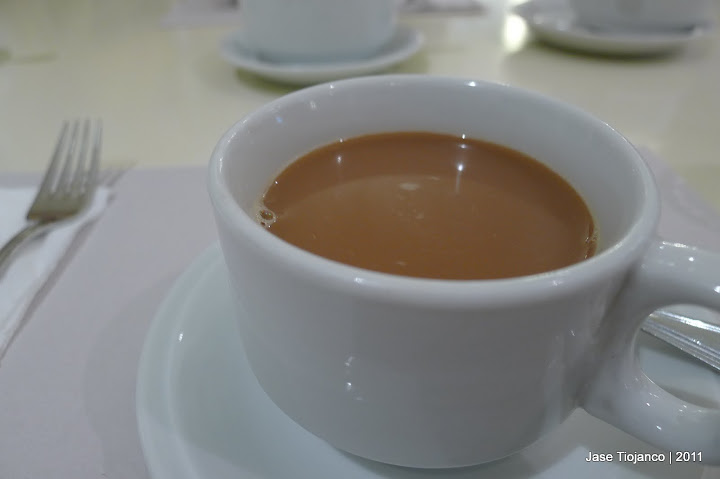 Their coffee was good. I had two cups actually.

I liked their coffee. It was brewed, but then again, I doubt that restaurants like Cravings would serve anything less than brewed. The strength was just right and it had this certain smoothness to it.

A few moments later, the waiter arrived with our slices of cake. When mine was laid in front of me, I was pretty much underwhelmed. The slice was thin, like an inch-and-a-half thick at the widest point. That seemed like a good idea since we’d be trying out different cakes but the thickness wasn’t really the issue, it was more of the appearance of the cake. 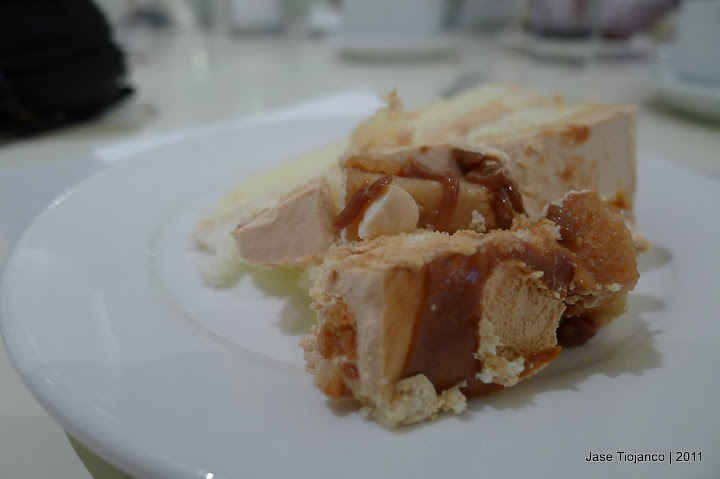 The cake looked like as if it was hacked by a cleaver rather than sliced by a cake knife. The taste was okay but Red Ribbon’s take on Dulce de Leche was better. The chiffon was a bit dry as well.

After all of us were done with our first slice, we called the attention of the waiter to ask for more cake. This time, I went for Devil’s Food Cake. To those who doesn’t know, Devil’s Food Cake is a chocolate cake smothered with meringue icing. It is one of my favorites in Chocolate Kiss Cafe, a restaurant inside the University of the Philippines Diliman. 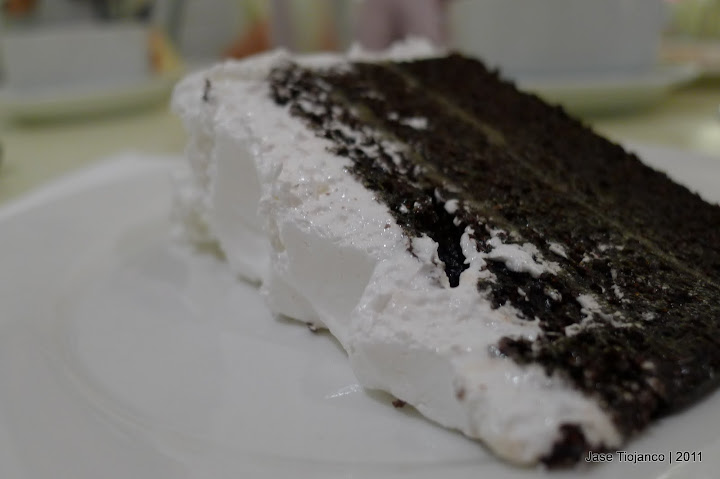 Devil's Food Cake. Err, this wasn't good at all.

The Devil’s Food Cake was horrible. If you’ve ever eaten cassava cake, the cake’s texture and consistency was like that, only chocolate-flavored. The icing was bad as well. Taste-wise, the icing was okay, but again, the consistency was off. It was a bit runny and squishy, unlike the soft-chewy-sticky texture of Chocolate Kiss Cafe’s version.

The next cake I ordered was the Swiss Alps Cake. I was supposed to order the Chocolate Caramel Cake but my friend told me that the cake’s base was the same with the Devil’s Food Cake so I didn’t go for it. 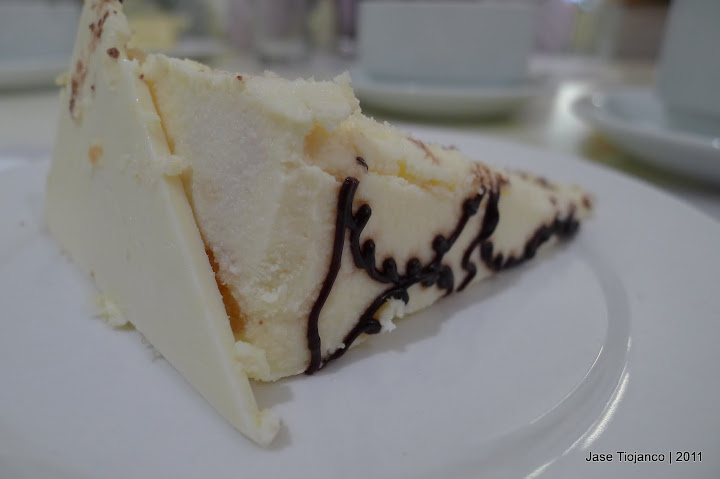 My third slice was my last. I felt cheated by the promo, for 150 PhP, I could have ordered a slice of a really good cake in Banapple or Chocolate Kiss Cafe plus a cup of coffee. At least Cravings’ coffee was good. I just wish that they made it clear that only four cakes are available in their promo.

note: All six of us had same sentiments about the quality of the cakes.

127 thoughts on “Cake and Coffee All You Can at Cravings”