After 4 months of waiting, I was finally able to set foot in the country that I wanted to visit the most.

We rushed to Ninoy Aquino International Airport Terminal 3 at around 5:50 in the afternoon. Our flight was supposed to leave by 7:30 PM. Early birds we’re definitely not. Thank goodness that traffic going to the airport was light. By 6:20 PM, we were already in NAIA. 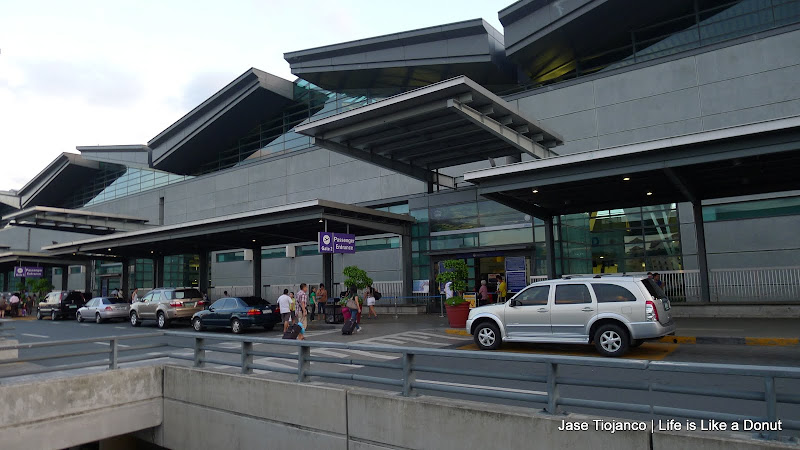 My sister and Arman told me that we have to pay a travel tax, something that I didn’t have to do when I went to Jakarta. That’s weird. I guess Cebu Pacific removes that from their fares to make it seem like their fares are cheaper. I wasn’t too happy about the travel tax since I only have 6,000 PhP in pocket money. After paying the travel tax, we headed to the check-in counters. The line there was pretty long and it was moving quite slowly. We then paid the airport tax and passed through immigration. 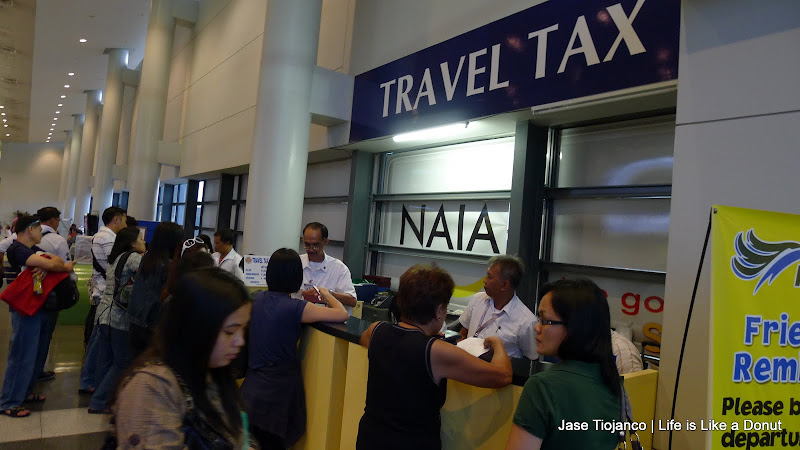 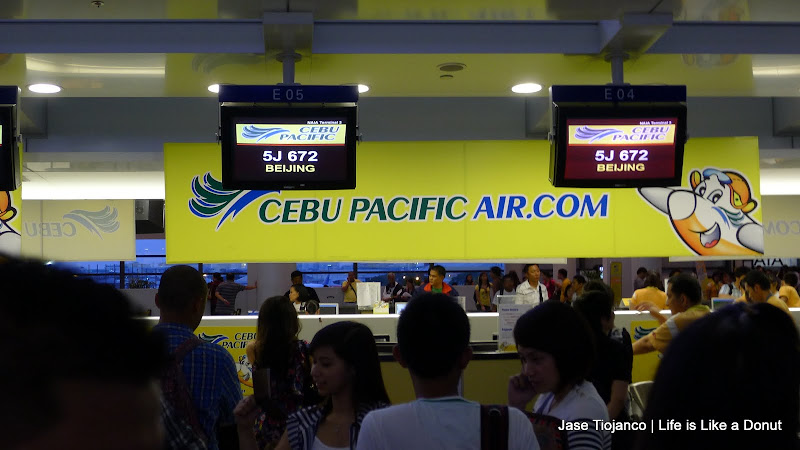 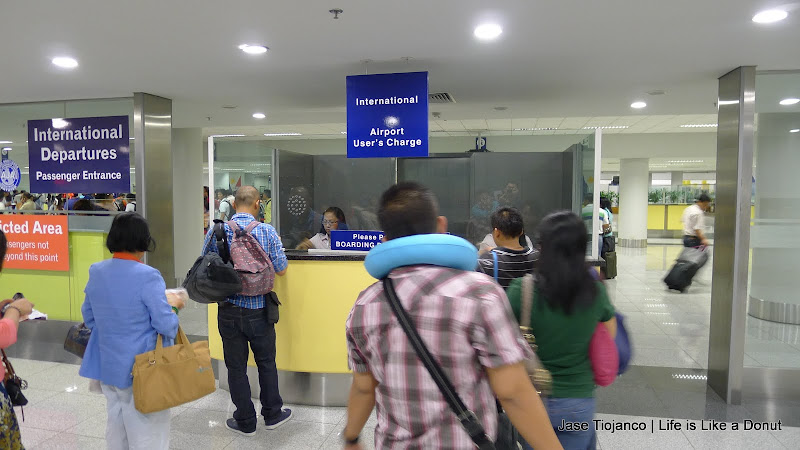 Why don't they just include the airport tax in the ticket price to save the people from the hassle of paying in the airport? Also, paying 750 PhP for a terminal that has a non-functional air-conditioning system sucks. Seriously, it was really hot inside NAIA 3 that time. 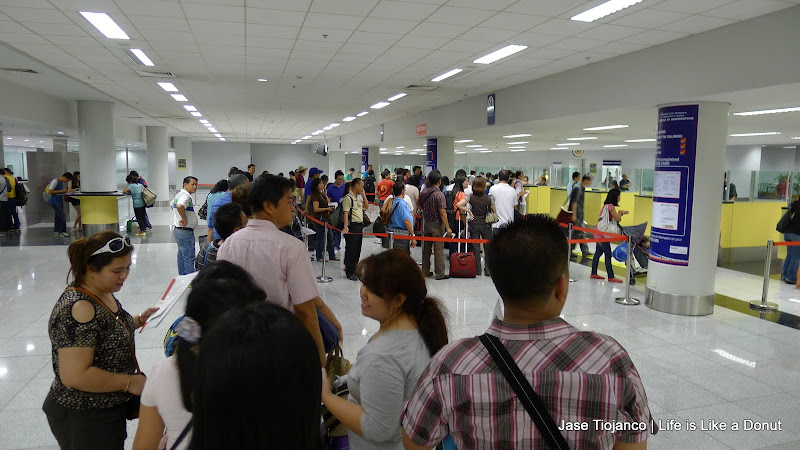 The line for immigration was very, very long. Also, it was moving very slowly. We also had the misfortune of having the most interrogating immigration officer in the world. Arman got pissed and reported the officer to their head. 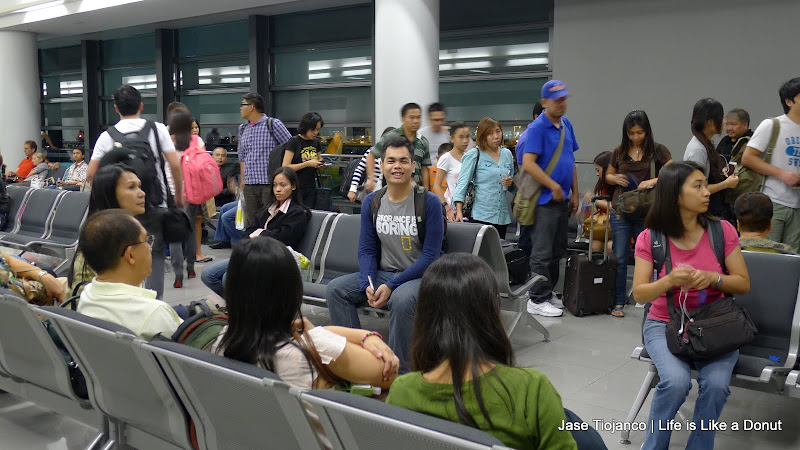 Waiting at Gate 10. Errr, little did we know that our flight would be delayed by an hour. Rawr.

Our flight got delayed by an hour. It was a blessing in disguise though since we forgot to have our money changed. I was able to exchange only half of my pocket money to RMB (Chinese Yuan) since the foreign exchange booth only had 445 RMB. One booboo I made was that I forgot to have the other half of my pocket money exchanged for US Dollars. So yeah, I went to Beijing with only 445 RMB at hand. Thank God my sister lent me some when we got there. 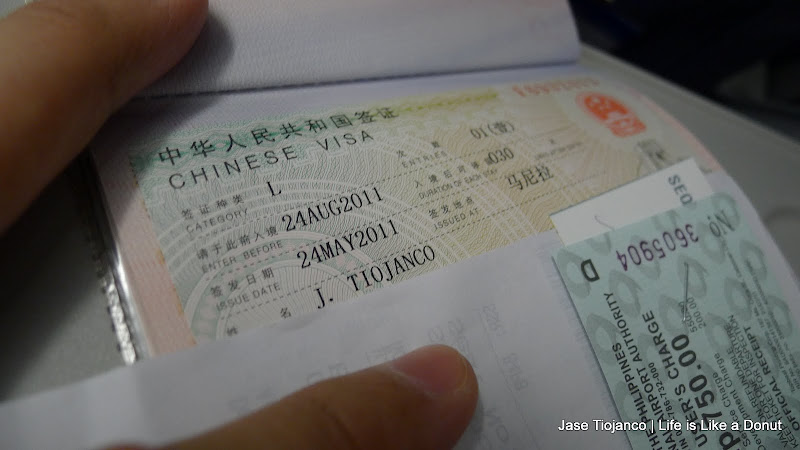 My Chinese Visa. Too bad it's only good for one entry. I should've got one for at least two entries so I can visit Shanghai. 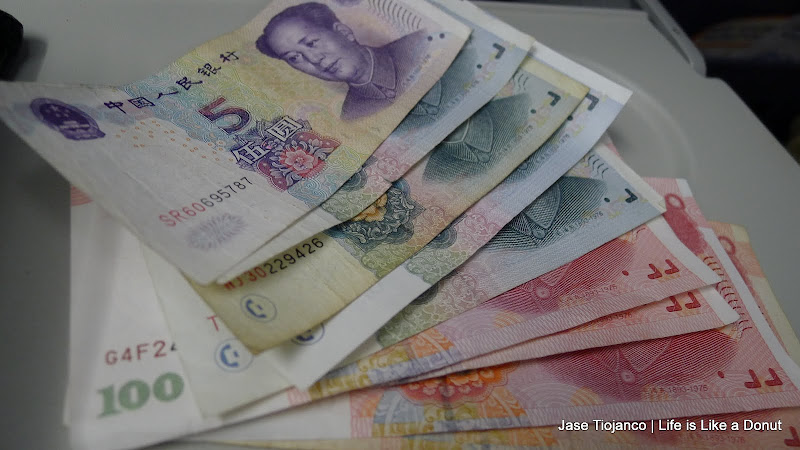 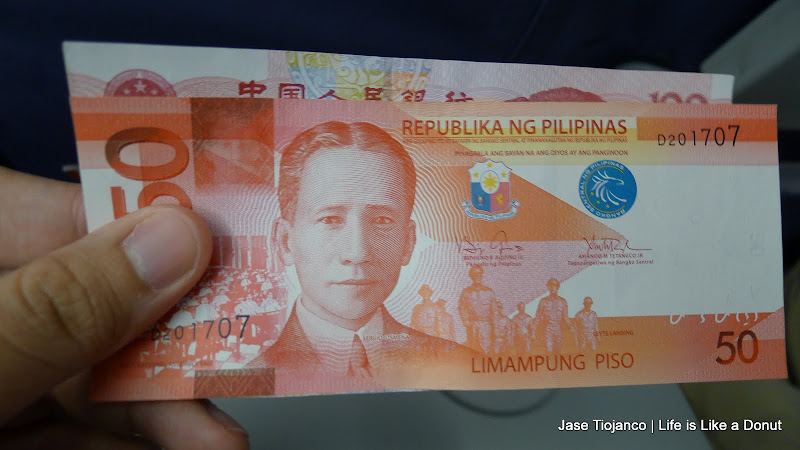 I found their banknotes funny. The bigger the denomination, the bigger the physical size of the banknote. 100 yuan (the one behind the 50 Peso bill) hardly fits in my wallet. I guess they varied the sizes for disabled (blind) people. 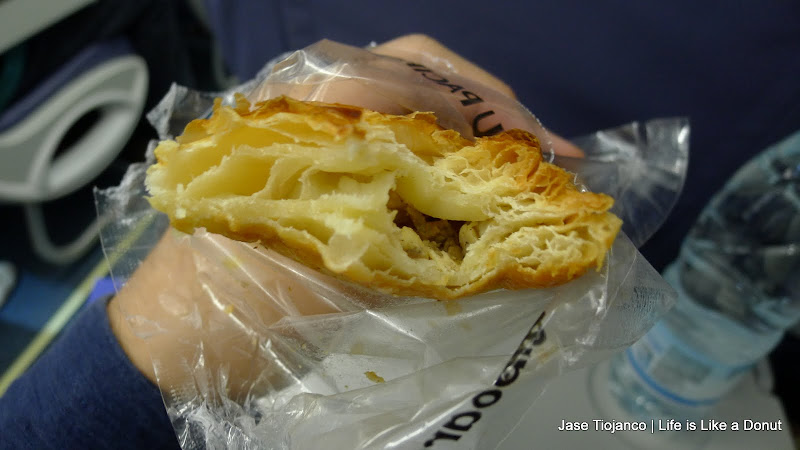 Being a budget carrier, Cebu Pacific doesn't provide snacks to the passengers, They do sell some at very high prices. This one, garlic chicken and cheese turnover, costs 100 PhP. Their bottled water costs 50. Terlalu mahal! (The turnover tasted good though)

I tried sleeping inside the airplane but the seats were just too uncomfortable – the seats were tough plus there wasn’t enough legroom. Oh well, I shouldn’t expect much since Cebu Pacific is a low-cost carrier. Also, I was very excited so I guess that added to me not being sleepy. The flight to Beijing was 4 and a half hours long. 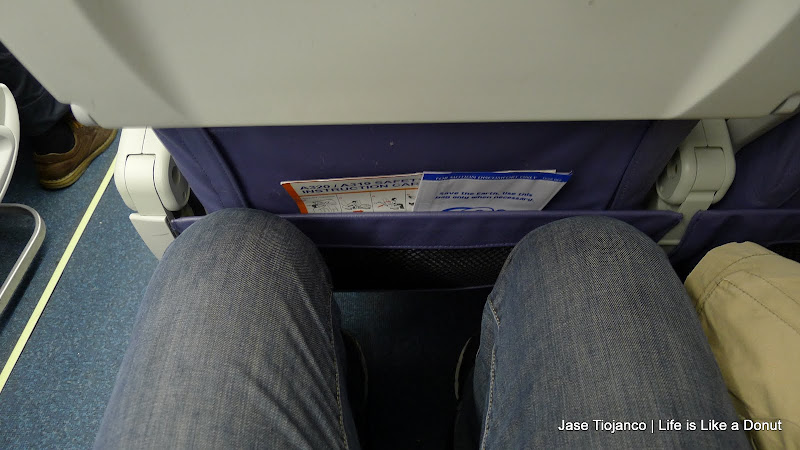 Errr, the legroom in Cebu Pacific planes are tight. It didn't matter much in my last two flights with them since they were just domestic but for a 4.5 hour long flight, it's very uncomfortable.

We arrived in Beijing at around 1:45 in the morning. At first I thought we were in their new terminal but I saw a sign that is welcoming us to Beijing Capital International Airport Terminal 2. It still looks new that’s why I thought it was the new one built for the 2008 Beijing Olympics. 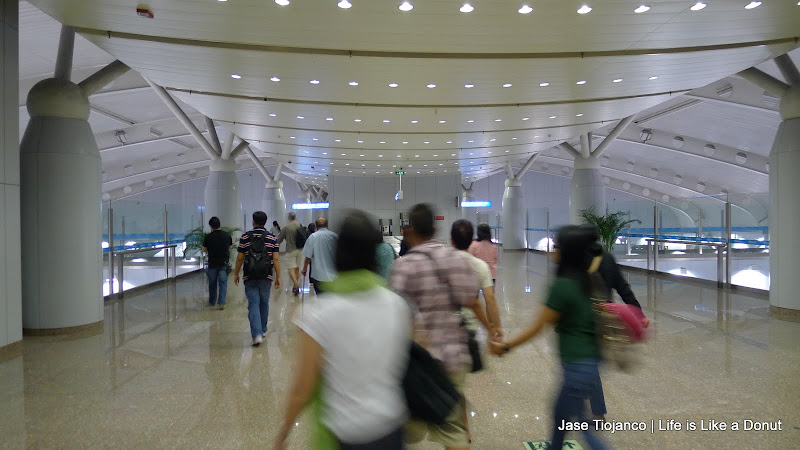 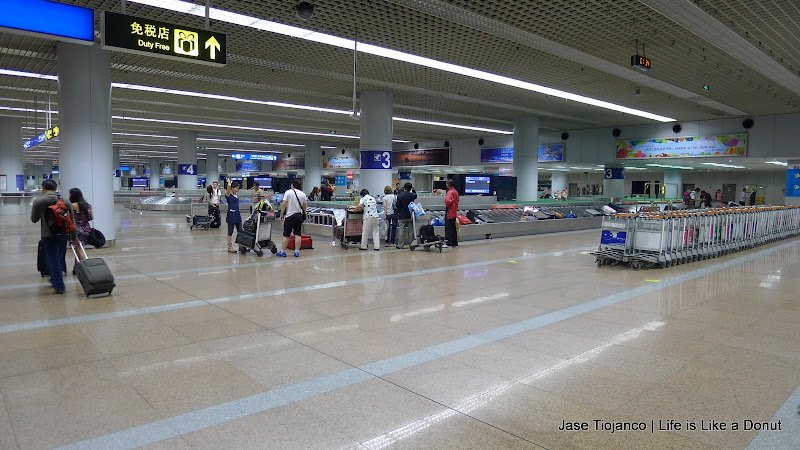 Baggage Claim area of BCIA T2. Looks like the one in NAIA T1.

We breezed through customs and immigration. Their customer services was fantastic, they’d even ask for your feedback after passing through their immigration. How I wish good service is also a priority in Manila.

I really messed up (or I thought I did) when I didn’t fully read an e-mail my sister sent me a day before our flight. I thought she just copied me in an e-mail about the transfer from the airport to our hotel. Apparently, she was asking me to respond on her behalf. Goodness. We had no choice but to ride a cab outside the airport.

When we were outside, I can already feel that my sister was a little mad that I didn’t respond to the e-mail. Because of that, I felt that I should be the one to take charge of getting us from the airport to the hotel. We walked to the queue of cabs outside and instantly a group of cab drivers were talking to us. One offered to take us to the hotel. I asked him how much and he said it would be metered. My sister and Arman said it was okay so we followed the guy. He lead us to a van with no marks of being a cab at all. I suddenly recalled that I read somewhere in PinoyExchange to avoid such vans. I told my sister this so we told the driver that we’re not interested anymore. While walking away, he shouted he’d take us there for only 200 RMB. So much for being metered.

We just decided to fall in line behind a bunch of other people who are waiting for a cab. I’ve read that official Beijing taxis have a 京B at the start of their license plates so I told my sister about it. When we got a cab, we told the driver that we’ll be going to Novotel Beijing. At first we thought that the driver knew where our hotel was. Apparently, he didn’t. He asked if I had the address written so I gave him the one that I printed. I thought it was already okay after that but… 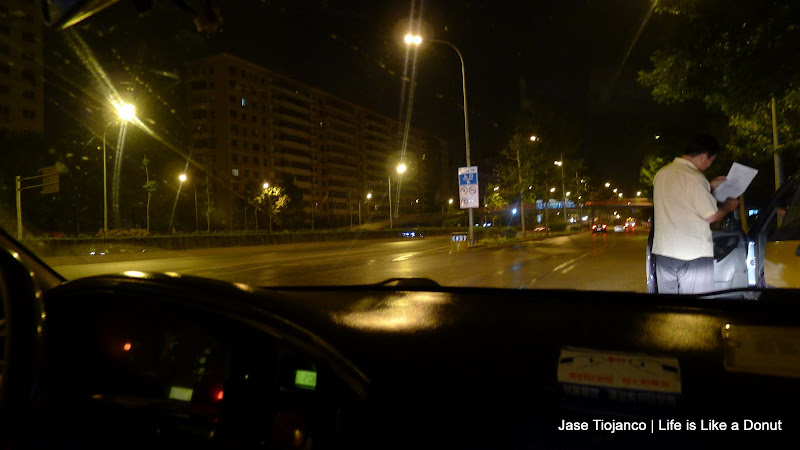 Our driver's lost! He stopped his taxi and asked another driver where our hotel was located.

Our driver suddenly pulled over and asked another driver for directions. At that point, Arman told me to use my Mandarin skills.

Just a tip, if you’re going to China, do study Mandarin. Even just the basics. It sure helped us a lot when we were going around.

Anyway, so I went down the cab and talked to the driver. I told him – in Mandarin – the address of our hotel.

I swear, it was such a big hooray moment for me when I saw in his eyes that he understood what I told him. I should’ve done that in the first place. Not bad for someone who’s just self-studying Mandarin, eh? My sister and Arman were pretty amazed as well. He took a U-turn and went straight. Goodness, we were originally going the opposite way! In just 15 minutes, we were already outside Novotel. I asked the driver – in Mandarin (haha, I’m really proud of it) – how much our fare was. He paid for the toll fee so we had to return that one as well. In total, we paid him 113 RMB. Arman said it was a good thing that we didn’t get the airport-hotel transfer since it would’ve cost us 350 RMB. 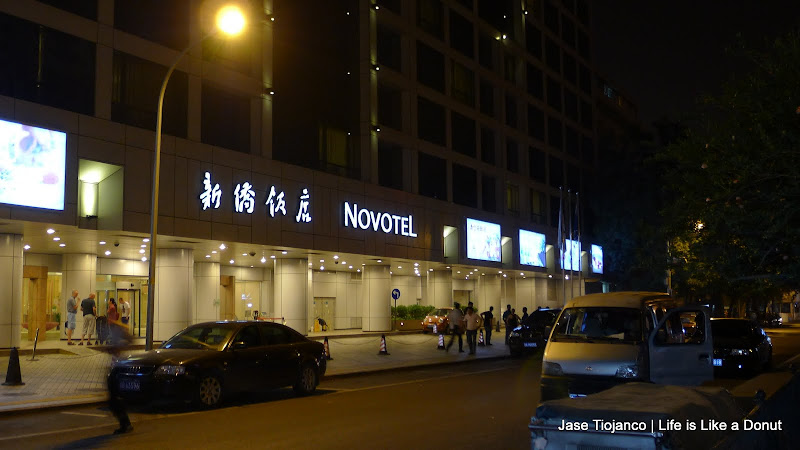 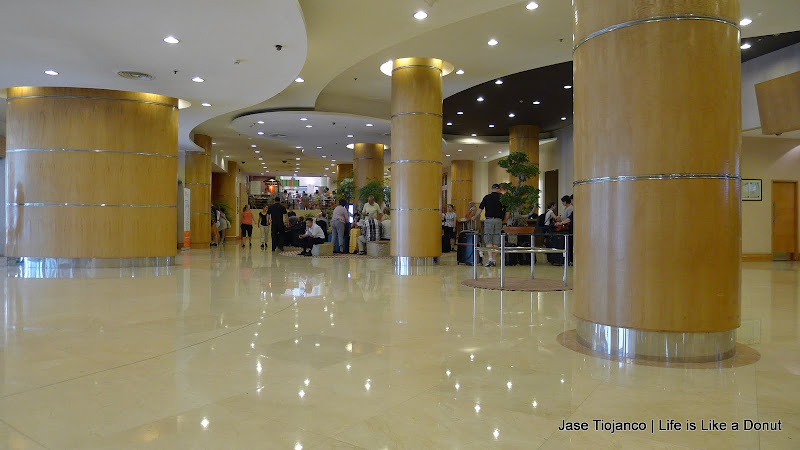 This is the lobby of Novotel. Not too bad. There are iMacs in the lobby for free internet access. 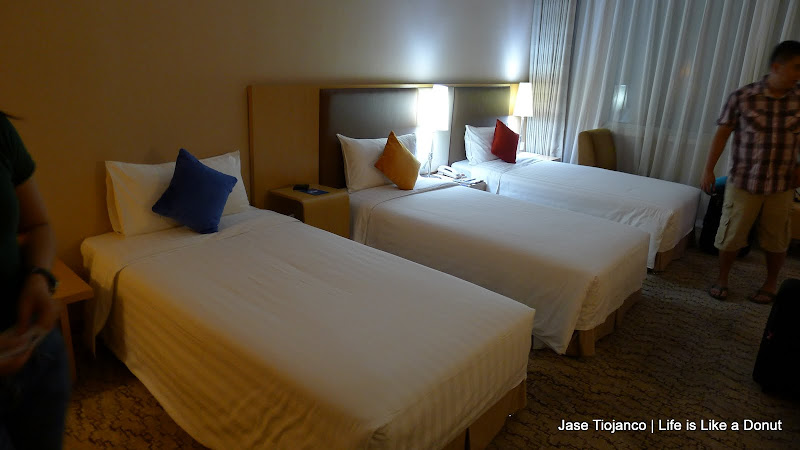 The rooms in Novotel are good for the price. The beds are not that soft but they're okay. I slept on the extra bed.

So that’s our journey to Beijing. I’d be writing a journal entry on our brief stay in the amazing capital of China as well as our not so wonderful experience with Cebu Pacific on our way back to Manila.

9 thoughts on “Flying to Beijing”